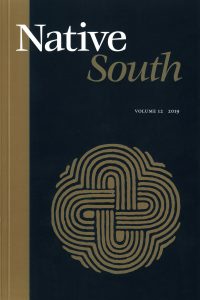 “Yum Cháak (Sacred Rain) and “The Little Droplet of Water”

“Keith Cartwright and Dolores Flores-Silva demonstrate powerfully the ways that the South has always been global, circum-Caribbean, and Indigenous in nature. Their collaboration as editors and filmmakers showcases the voices and images that unveil Souths we have yet to see or imagine, either geographically, temporally, or imaginatively.” 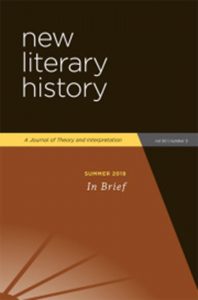 IMAGINE A STORY THAT IS LIKE THE DNA of an organism. Story spiraled around protein spindles and other encasings of fact and fiction. Fabula … first one thing and then another. Who first told the tale that a seed could be saved? Planted? Improved … over generations?

Consider Aesop, "The Ant and the Grasshopper": "In a field one summer's day a Grasshopper was hopping about, chirping and singing to its heart's content. An Ant passed by, bearing along with great toil an ear of corn he was taking to the nest." What reader doesn't know what's coming as this Ant bears civilization's fruits and burdens? Both winter and the ever-present moral: "IT IS BEST TO PREPARE FOR THE DAYS OF NECESSITY."1 We know too that this Ant from the Greek world of sixth century BC was not carrying an ear of maize, even if ants could perform Herculean feats. Maize was telling its own fable, elsewhere. 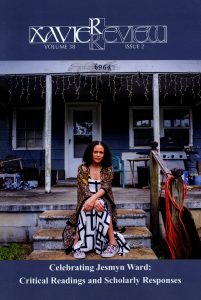 “The Scaly Bird Sings ‘Remember Me’: Gulf Fiestas of the Dead and Tribalography in Jesmyn Ward’s Sing, Unburied, Sing”

From its title, Jesmyn Ward’s Sing, Unburied, Sing (2017) issues a ritual summons, if not an outright command. The novel takes characters and readers on a journey across time and space from contemporary Bois Sauvage on Mississippi’s Gulf Coast to unburied ghosts of the Delta’s Parchman Farm prison, and through places, spirits, and beings even older and from beyond. Sing, Unburied, Sing may send us all the way back to Stela 19 from the Gulf coast of Olmec Tabasco, with its depiction of someone making a cave-descent to be swallowed by a plumed serpent. Ward scripts such a journey. 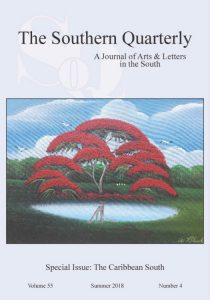 “Feeding the Gulf Dead: An Ofrenda of Response to Brenda Marie Osbey’s All Souls”

"Keith Cartwright and Dolores Flores-Silva… are particularly concerned with…a larger Gulf poetics, one that encompasses the great Mexican tradition of the Day of the Dead."
— John Wharton Lowe, Southern Quarterly (2018) 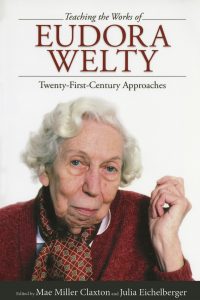 What, we might ask, could Eudora Welty have in common with Chicano (or “Latin”) literature and cultural history? Welty’s engagement with the Natchez Trace and Natchez itself is what makes her a writer of traceways of la frontera, a writer who reminds us that the US southwestern borderlands have a long history of shift and flow. 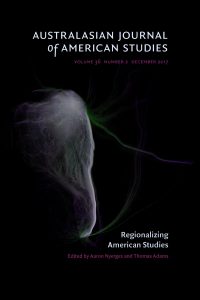 “Engulfed in the Fiesta”: Thinking of Barbacoa, South across Gulfs to the Rhythm of Maracas at the Time of Trump.

"Flores-Silva and Cartwright explore ideological figures of what lies south of the US as expressions of a psychically and politically repressed space, a contrapuntal and inexhaustible one that refuses to submit to such repression.... Noting that cultural historians have contributed many bricks to ‘ideological border walls,’ their positing of the culture of barbacoa as a transnational bridge makes a timely intervention into the regionalization of American Studies in the Trump era."
— Aaron Nyerges and Thomas Adams,
Australasian Journal of American Studies (2017) 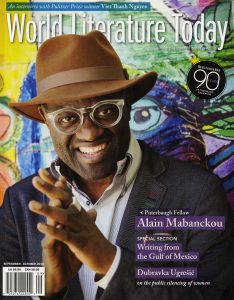 “10 Writers from Cuba, Mexico, and the US South: An Ofrenda to Sacred Waters.”

The Gulf of Mexico has been navigated by Arawak and Mayan and Mississippian peoples, by Columbus and Cortés and Cabeza de Vaca, by slave ships and by refugees of slavery and white supremacy, by US marines invading both Mexico and Cuba, by drug traffickers and petroleum industries in a long process of globalization and localized resistance, and by climatic forces like the deity Hurakan who activated our deepest origins in the Popul Vuh. The Gulf’s loop currents of resistant countercultures—whether in jazz or blues, Mexican or Cuban son, counterclockwise ritual dances and flying bird-men, carnival parades or grassroots community activism—work from traditions of creolization and indigeneity that have shaped the world. 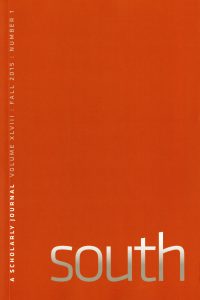 A comprehensive listening to the words and worlds of LeAnne Howe and Briceida Cuevas Cob helps us recognize that if “the three sisters” (corn, beans, squash) moved out of Mesoamerica together, we should not be surprised to see a culture of ball games and mounded or pyramidal ceremonial complexes shared from Uxmal, Chichen Itza, and El Tajin to the mounded cities and ball fields of the United States. 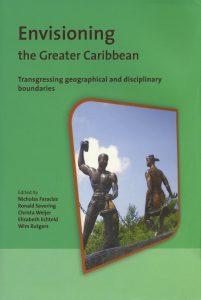 “Ni Ku Tu” Yanga: The Sound of the Drum Announcing Love, Cultural Integration and Abolition of Slavery in Yangaland, Veracruz

“Still, deeper into the Rio Blanco jungle, there were more and more palenques, each with its rebel population, each self-sufficient; ready to defend the self-declared freedom.... ”

A cross-cultural study of literary and spiritual gulfs of knowledge

“We’re seeing people that we didn’t know exist,” the director of FEMA acknowledged in the wake of Hurricane Katrina. Sacral Grooves, Limbo Gatewaysoffers a corrective to some of America’s institutionalized invisibilities by delving into the submerged networks of ritual performance, writing, intercultural history, and migration that have linked the coastal U.S. South with the Caribbean and the wider Atlantic world. This interdisciplinary study slips beneath the bar of rigid national and literary periods, embarking upon deeper—more rhythmic and embodied—signatures of time. It swings low through ecologies and symbolic orders of creolized space. And it reappraises pluralistic modes of knowledge, kinship, and authority that have sustained vital forms of agency (such as jazz) amid abysses of racialized trauma.

Drawing from Haitian Vodou and New Orleanian Voudou and from Cuban and South Floridian Santería, as well as from Afro-Baptist (Caribbean, Geechee, and Bahamian) models of encounters with otherness, this book reemplaces deep-southern texts within the counterclockwise ring-stepping of a long Afro-Atlantic modernity. Turning to an orphan girl’s West African initiation tale to follow a remarkably traveled body of feminine rites and writing (in works by Paule Marshall, Zora Neale Hurston, Lydia Cabrera, William Faulkner, James Weldon Johnson, and LeAnne Howe, among others), Cartwright argues that only in holistic form, emergent from gulfs of cross-cultural witness, can literary and humanistic authority find legitimacy. Without such grounding, he contends, our educational institutions blind and even poison students, bringing them to “swallow lye,” like the grandson of Phoenix Jackson in Eudora Welty’s “A Worn Path.” Here, literary study may open pathways to alternative medicines—fetched by tenacious avatars like Phoenix (or an orphan Kumba or a shell-shaking Turtle)—to remedy the lies our partial histories have made us swallow.

In this book, Dolores Flores-Silva and Alejandra Rengifo Muñoz undertake an excellent examination of identity through two iconic authors of Puerto Rican literature: Rosario Ferré and Mayra Montero. The works of these important Latin American writers address problems of history and politics of Puerto Rico, which is currently governed under the regime of the "Commonwealth"-with its advantages and disadvantages for the population. The peculiar history of that country produces multiple particular histories, counted through its protagonists, mainly women, in narrative works that are commented upon here from diverse approaches, from feminist theories to historiographic metafiction.

The literature often considered the most American is rooted not only in European and Western culture but also in African and American Creole cultures. Keith Cartwright places the literary texts of such noted authors as George Washington Cable, W.E.B. DuBois, Alex Haley, Zora Neale Hurston, Ralph Ellison, William Faulkner, Joel Chandler Harris, Herman Melville, Toni Morrison, and many others in the context of the history, spiritual traditions, folklore, music, linguistics, and politics out of which they were written.

Cartwright grounds his study of American writings in texts from the Senegambian/Old Mali region of Africa. Reading epics, fables, and gothic tales from the crossroads of this region and the American South, he reveals that America’s foundational African presence, along with a complex set of reactions to it, is an integral but unacknowledged source of the national culture, identity, and literature.

Keith Cartwright, professor and chair of the Department of English at the University of North Florida, Jacksonville, was a Peace Corps volunteer in Senegal.

"Cartwright's purpose is simple-to show the importance of African culture in United States literature, and he succeeds in fulfilling the essential goal. In so doing, his insights are often surprising and almost invariably interesting." — College Literature

"No matter how obvious the political demand to acknowledge the unacknowledged is, we need the research, the scholarly guidance, and the close, comparative readings that Cartwright offers in order to make acknowledgement more than a half-informed political gesture, to make it fully appreciative." — Zoltan Abadi-Nagy, Hungarian Journal of English and American Studies