Whether in looking at maize agriculture or in tending to practices of Carnival or Days of the Dead, we seek bridges and understandings of gulfs between us — between nations, between peoples, in an intensely cross-cultural region. We draw from our differing areas of expertise and from the places we call home — from Yucatan and Veracruz to Louisiana and Florida — as we navigate Gulf shorelines and Rio Grande borders in an ongoing book, through documentary films, via public lectures, and in collaborations with dynamic artists and activists.

“The goal of screening this kind of documentary is to create a participative, critical, and informed audience, opening new channels of expression and reflection in our city. El grito de Yanga is a profound examination... of our black identity.”

“Keith Cartwright and Dolores Flores-Silva demonstrate powerfully the ways that the South has always been global, circum-Caribbean, and Indigenous in nature. Their collaboration as editors and filmmakers showcases the voices and images that unveil Souths we have yet to see or imagine, either geographically, temporally, or imaginatively.”

“Flores-Silva and Cartwright explore ideological figures of what lies south of the US as expressions of a psychically and politically repressed space, a contrapuntal and inexhaustible one that refuses to submit to such repression.... Noting that cultural historians have contributed many bricks to ‘ideological border walls,’ their positing of the culture of barbacoa as a transnational bridge makes a timely intervention into the regionalization of American Studies in the Trump era.”

“Keith Cartwright and Dolores Flores-Silva… are particularly concerned with…a larger Gulf poetics, one that encompasses the great Mexican tradition of the Day of the Dead.” 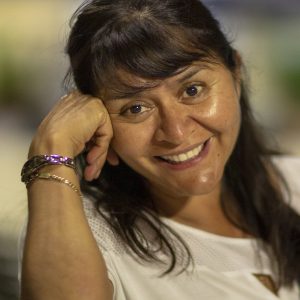 Dolores Flores-Silva, from the Mexican Gulf state of Veracruz, is professor of Latin American literature and culture at Roanoke College. Co-author of The Cross and the Sword in the Works of Rosario Ferré and Mayra Montero (2009), she has written on Mexican and Hispano-Caribbean literatures and cultures, Chicano Studies, and the U.S. South. 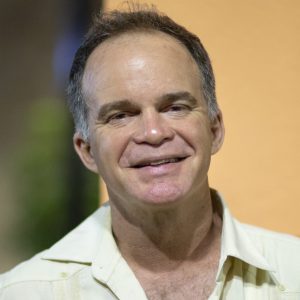 Keith Cartwright is chair and professor of English at the University of North Florida and has served as the Fulbright–García Robles U.S. Studies Chair at Universidad de las Américas Puebla. He has published two scholarly monographs and two collections of poetry.